Community and breaking the cycle of prejudice

As a toddler, my parents noticed I wasn’t reaching some of my milestones. My speech was delayed which affected my social skills and I had issues with my fine motor skills and co-ordination. My mum contacted Westminster council for over a year asking for the support I needed by the time I started nursery. She felt like she wasn’t being listened to. It wasn’t until I was 3 and I started nursery that an educational psychologist worked with us. They put in place a speech and language therapist, occupational therapist and learning support for me. Cuts to vital services were being made at this time in the early 1990’s. A friend of my mum’s whose child also had additional needs struggled to get the support he needed too.

Many families go through what my mum went through on a daily basis. The uncertainty, anxiety and confusion can be distressing for families worrying if their child will get the support they need. Whenever there is a financial crisis, special educational needs services are often cut by governments.

“Many vital public and community services ranging from libraries to clubs for children with disabilities were eradicated, reorganised or pared down as a result. And, as The Centre for Welfare Reform pointed out, the distribution of cuts was staggeringly disproportionate.”[1]

Cuts to clubs and play schemes for children and young adults with disabilities have a huge effect on individuals. Clubs help children and young adults develop their social skills like making friends and taking part in team building exercises. They can also help in developing and improving fine motor skills by taking part in arts and crafts activities. Some children with autism and special educational needs also have issues with sleeping. A day full of physical activities can tire them out in the evening and help them sleep. All of these benefits have a positive effect on their general health and wellbeing. The clubs and play schemes also give families some needed respite.

To me and some other people with autism and learning disabilities, it can feel like cutting special educational needs services is a prejudice against people with additional needs. Saving money appears to be a priority to councils rather than finding the money to keep vital services open that help us lead independent lives. If my mum gave up fighting for the help I needed, I may not be sitting here, writing this article.

Shopping in supermarkets has improved slightly over recent years. Some supermarkets have introduced an ‘autism hour’ once or a few times a week, usually in the mornings. However, for some people who work full-time, like myself, we cannot do our shopping during these specific times and hours. I personally have to wear headphones in a supermarket during normal hours because unexpected and loud noises trigger me. Almost every time I visit a supermarket I hear colleagues shouting at each other from across the store, or an employee shouting to call a customer over to their till. This doesn’t seem necessary. Some stores have recently introduced signs for empty tills with no queue’s. This removes the need for them to shout and is more autism friendly.

Although the autism hour introduction is a great start in the right direction, more still needs to be done. The introduction of the sunflower lanyard can be positive for people with invisible disabilities, having that extra time in the supermarkets and knowing store colleagues will offer support to those who need it can be a comfort and reassuring for some. However, for people with social difficulties like myself, I worry that if I wear one an employee will approach me.

I spoke with a young woman with autism (who wishes to remain anonymous) about what she thinks of autism hour in supermarkets and what shopping is like for her:

“The autism hour is a nice idea but I agree it doesn’t work in reality. I don’t even know which local shops do it and when because it doesn’t seem worth using. I don’t have a lanyard but I have been thinking about getting one. Although they’re starting to lose meaning because people wear them to try and get away with not wearing a mask. The number one thing that bothers me in shops is when I pick out a “safe” cashier (I have a couple in any shop I frequently visit) and they tell me to move to a different one with a shorter queue. I know they’re trying to be helpful but I panic because it’s not my “safe” person and it feels too rude to insist on staying put.”

I have been prejudiced against in stores over the years. I’ve been asked to remove my headphones even though I need to wear them when I am out in public. I have been followed by security before, possibly because my social awkwardness, lack of eye contact and alternative dress sense can make some people suspicious. I have not been listened to when I have made complaints about these incidents. How are we meant to access our communities if our communities don’t make it accessible for us?

Another idea on how people with autism can access their communities is having more PEC signs/symbols in stores and teaching members of staff per store or company to use Makaton. There have been some viral videos in recent years of some people who are deaf or have hearing difficulties ordering food in BSL at fast food restaurants.

Most of these videos have been positive with either staff members communicating with them in BSL or understanding what the customer is asking for, there have been a few where members of staff are accusing the customer of lying about being deaf/hard of hearing or refusing to serve them. Although BSL has some similarities in terms of signs as Makaton, there are some differences which is why having some staff members learn Makaton would be helpful to people with autism who use Makaton and more signs around stores would encourage more people with autism to shop independently.

Although as a society, we are making some progress for people with autism and learning disabilities in our education, training and campaigning, it is still not where it needs to be, and we have a long way to go. While invisibility awareness posters are put up in London tube and train stations, people’s prejudice and ignorance still happens to us daily and we are still not tolerant as a society yet. We need our public services to not be cut and closed whenever the UK is in a financial crisis. And we need better education on autism and learning disabilities in schools and training the work place. Only then will prejudice and ignorance finally be a thing of the past and we can access our communities easily. 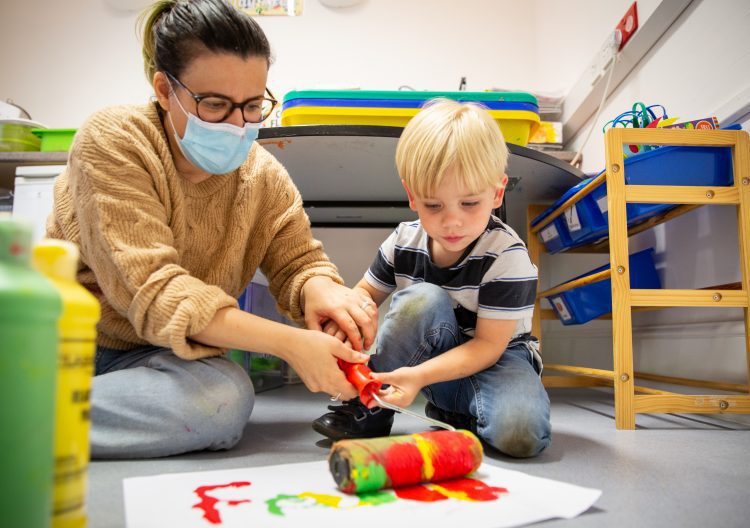 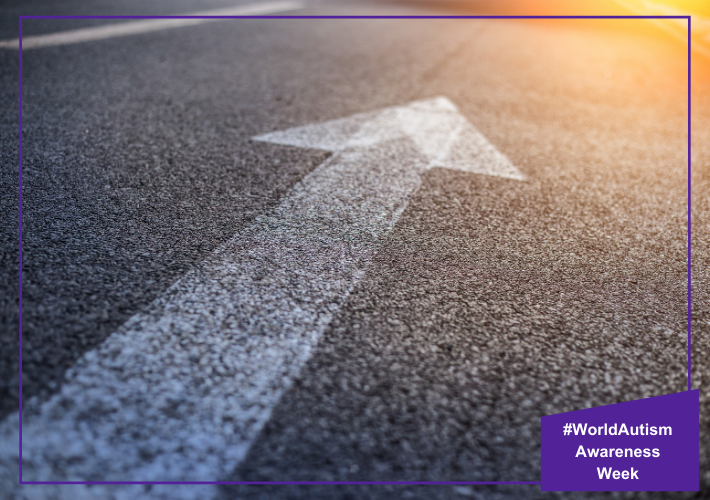 The change we want to see

By Tracie Linehan, CEO World Autism Awareness Week is the perfect backdrop to not only raise awareness, it can be a c...